This article is a result of conversations Danni and I had over the course of our AICA mentorship in the spring and summer of 2020. In the shadow of the COVID-19 lockdown and resulting disruptions to our personal and professional lives, Danni and I kept returning to the idea of connection and why as art writers it’s important to talk with and hear directly from artists. We came to this conversation with different ideas about how to conduct an interview, and thought it might be useful, especially for writers just starting out, to compile something of a guide. This article is the result of Danni’s concerted effort to collect the thoughts and suggestions of a wide variety of art world figures on the subject of interviews. I applaud the wide-ranging scope of her initiative, in effect interviewing the interviewers. We are both the richer for this opportunity to reflect on a core aspect of our profession, and I hope others will find it helpful as well. —Sharon Mizota

The interview format is potentially one of the more insightful and honest forms of art writing, based on one-to-one conversation, rather than a one-way review or singular critique. It’s a process that comes together not only through collaborative dialogue between individuals, but also through an intensive editorial process, from pitch to circulation. Yet this process in its entirety isn’t always so obvious or transparent, especially for new writers. The interview may also present a viable approach for writers who are just beginning to connect with others through dialogue. Amid our everyday conversations, how does writing an interview amplify conversation? What does it mean to conduct an interview? What makes for a good interview? How does one build a relationship through text? How does the writer stay true to the dialogue at hand? What does a publication look for?

As an independent curator and writer, I’ve personally found that like any conversation, an interview reaches a certain depth depending on the dynamic between the individuals involved and research conducted beforehand. The ability to ask questions that delve into anecdotes, aspirations, to inspirations, further depends on a mutual investment between the interviewee and interviewer, a process that reaches beyond any editorial procedure. Whether or not that connection manifests itself in the final edited text further depends on the editorial process and editors as much as the writer. Presented here is a select round-up of insight from contributors, staff writers, independent critics, curators, editors, to artists, who provide some of their thoughts on approach, process and best practices. In a world evermore in need of meaningful, face-to-face conversation, their words illuminate the importance of dialogue as written word, and vice versa. —Danni Shen

If you’re conducting a live interview as part of a public program, such as an artist talk for an exhibition, you can approach the intro a little differently. You should focus on the work that’s on view. The introduction will be more about the project and perhaps how it relates to the artist’s overall practice. If it’s a group exhibition, how does this work tie into the exhibition theme or topic under exploration? As an interviewer at a live event, I see myself as a guide who shapes the conversation to make it easier for the artist to discuss their work and also to help the visitor connect with the artist’s work.”

Osman Can Yerebakan, art and visual culture writer based in New York, describes his approach as a freelance writer for a wide variety of publications:

“In terms of connecting with artists (especially with those considered “high profile”), the initial step is mostly through my relationships with a range of publicists who offer me the opportunity, and I think being considered for a “first interview” or “exclusive” comes from credibility. As a freelance writer whose name is not attached to a publication, I believe my credibility can only depend on my portfolio. I have to be my own boss, editor, intern and publisher, so I feel responsible for maintaining a growing portfolio.

I know artists rightfully want to know who will interview them and they’d like to see samples from a writer’s work. I can compare this to the snowball effect: one interview leads to another and so on. I don’t think I follow a traditional interview practice where I shower the interviewee with questions. I try to look at my prepared questions as little as possible and put emphasis on opening up about myself. I explain what prompted me to ask that specific question. It’s important that an interview feels like a conversation.”

(Read his interview with Jesper Just for Artforum here)

Robin Peckham, Co-Director, Taipei Dangdai and Former Editor-in-Chief of LEAP, based in Taipei, provides his point of the view from the editorial side of operations:

“As an editor, I'm most mindful of how a writer's pitch fits with the voice and tone we're trying to cultivate collectively. There are many writers with great ideas, so the key is finding those who have read the magazine and know what we're interested in, and are able to bring their personal perspective to the platform we’ve created. As with curating an exhibition, editing a publication involves compromise from both sides—commissioning a text of any kind, but especially a polyphonic interview, is about elasticity above all else. My first question is typically how an interview will be carried out. If it’s sending a list of questions over email, that’s not an interview at all. I’ve always preferred two-sided conversations with a healthy degree of back and forth—in an interview you have to let the ending write itself.”

“Before I began conducting and publishing interviews formally, purely as a reader, the interviews I thought were "good interviews" were conversational in tone, as I found that it was always that dynamic between the interviewer and interviewee that brought out the most illuminating insights, rather than the information that is exchanged and shared through the conversation.

However, now my perspective has changed through some experience as I now understand that interviews in the art criticism context are not just about the conversation but how that conversation lives in written form. So what makes for a good interview is actually the editor: whether there even is an editor and whether that editor is a critical and an engaged reader. Because the editor of an interview is not only editing the interview as a piece of text but also trying to gauge the dynamic that formed between the interviewer and interviewee without having been there with them during that conversation, the editor has to be someone who has the ability to notice what happened in that conversation between the two people, and appreciate what happened, and sharpen that dynamic so that it comes across clearly.”

(Read her interview with David Dixon for Seaweed)

“Do your homework. Don’t ask questions you can answer easily. Ask the most important questions first. Have a logical order to the questions. Give the person space to consider and answer. When they pause, don’t immediately fill the void with more questions. If you’re writing an article, you have an assignment. So you have to interview people about specific ideas that make for an argument, or emphasize a project, a book, a show, etc.”

“When I’m researching an artist for an article or exhibition, I try to read everything already published on their work. But so often, the few articles written on an emerging artist just repeat one another or rephrase the artist’s statement. When I interview an artist, I really try to ask questions and uncover answers to topics not previously documented in print—topics that contribute to a broader conversation and record of that artist’s practice.”

Lilly Wei, art critic, independent curator and journalist based in New York summarizes her many years of interdisciplinary experience:

“A good interview, a great interview is when you and the person you are in conversation with can establish a rapport of some kind, when it isn’t the umpteenth time the interviewee is repeating a response and is more or less automatic. Or for that matter, the umpteenth time the interviewer is asking the same questions and is also on automatic. That said, there are those who are at ease giving interviews and those who are not, those who want to talk about their work, their thoughts and feelings, themselves and those who do not but feel they must. One way to do this might be to let the conversation take its own course, more or less. The sweet spot, the pot of gold for me is when we arrive at something genuine, something that surprises both of us. At least, that’s what I’m looking for, hoping for.”

“First of all, I am thankful to all the artists I've interviewed for teaching me how to really listen. I used to come into interviews with a preconceived notion of an artist's work, based on what they make public, with a prepared list of questions. Of course, preparation and research still remains important. But within the course of a conversation, I have learned to allow everything I know to change. Or not go exactly according to plan. An interview is an intimate experience where an artist can potentially be very vulnerable. The best interviews take us to these vulnerable places.”

An Interview with Julia Schwartz 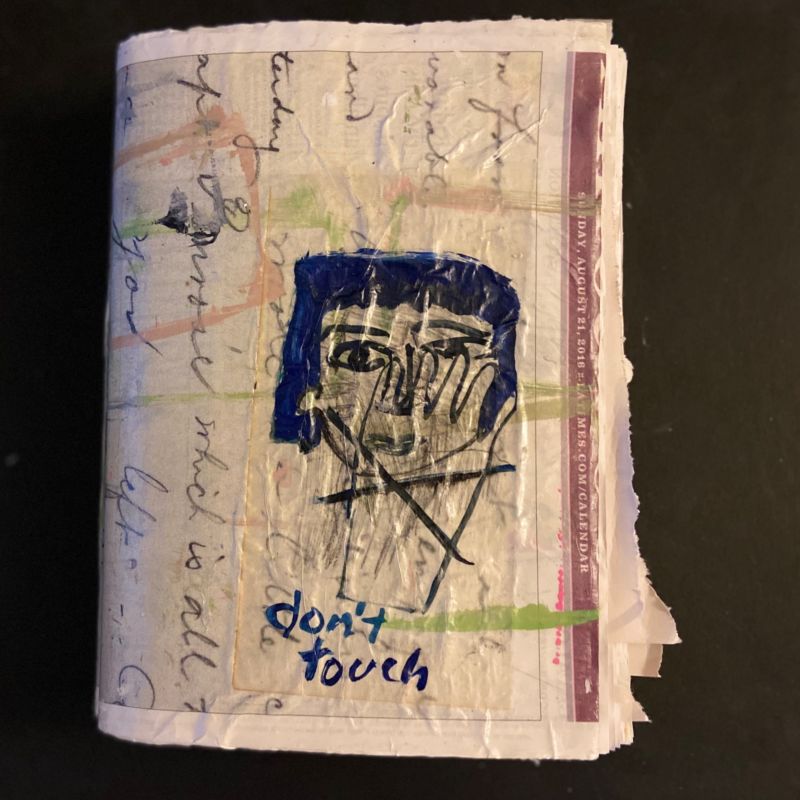 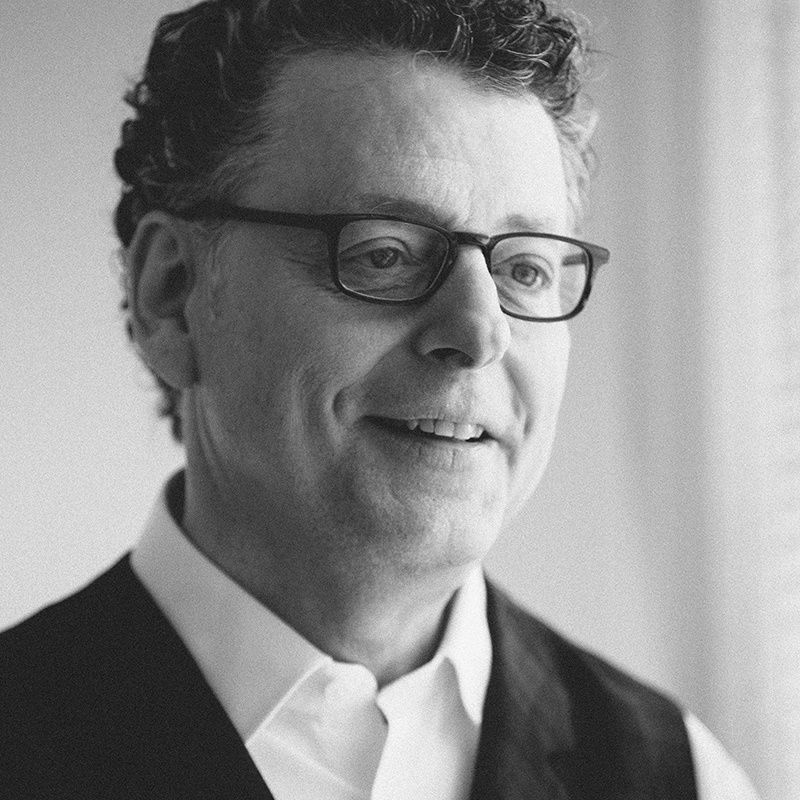 Art and Impermanence: An Interview with Jessica Dessner 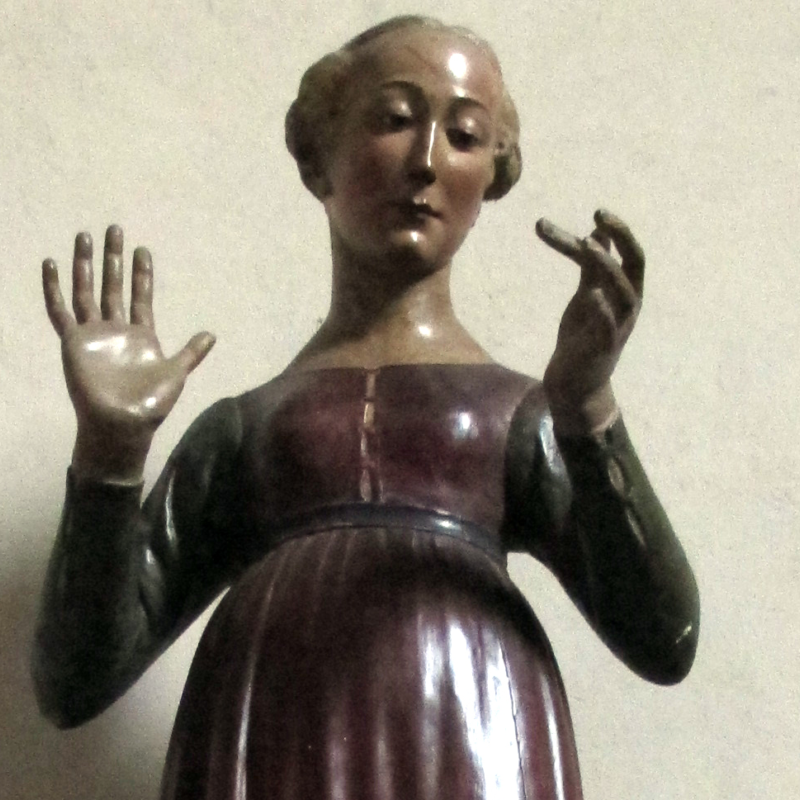